Cookie preferences
This website uses cookies, which are necessary for the technical operation of the website and are always set. Other cookies, which increase the comfort when using this website, are used for direct advertising or to facilitate interaction with other websites and social networks, are only set with your consent.
Categories
Information
Information 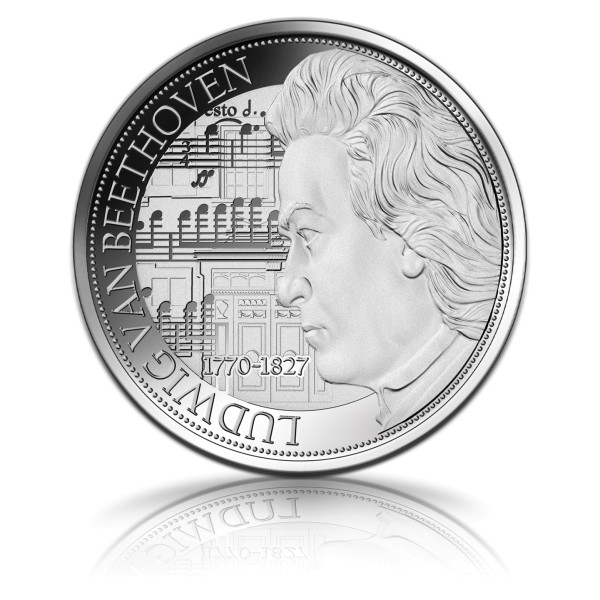 Unsere Vorteile im Überblick:
Description
Description
Ludwig van Beethoven is considered one of the most important composers in the world. He led the... more
Close menu

Ludwig van Beethoven is considered one of the most important composers in the world. He led the Viennese Classicism to its highest development and prepared the way for the music of the Romanticism. Born in Bonn, the musician spent most of his life in the Austrian capital Vienna, where he also died on 26 March 1827. The year 2020 is marked by celebrations in honour of the brilliant musician. His immortal music will be played in many concert halls around the world. Beethoven has also been a frequent subject for numismatics, and his striking face has adorned many coins and commemorative coins.

Our commemorative coinage, which appears in memory of the great composer, was individually handmade in the highest minting quality in solid 999/1000 fine silver and produced individually for each customer.